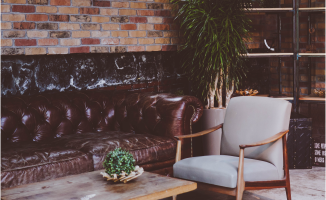 Section 10(1)(o)(ii) provides relief to taxpayers by not taxing foreign employment income, as the foreign company is already deducting PAYE / tax on that income. However, there are some countries whose own tax laws stipulate that no tax on foreign employment income is deducted. The effect of this is that some individuals practically pay no tax in any country.

Section 10(1)(o)(ii) has therefore been revised and the amendments that everyone is buzzing about will come into effect on 1 March 2020. In terms of the amendments, only the first R1 million of foreign income will be exempt from tax. Any foreign employment income of more than R1 million will be taxed in South Africa by applying the normal individual tax tables. The effective tax rate will be determined by reference to the total worldwide income and deemed income, reduced by the first R1 million with regard to foreign income from employment.

The exemption only applies if –

It is very important to note that this exemption applies only to taxpayers who are considered residents in terms of the Income Tax Act as defined in section 1.

South Africa uses a resident-based tax system, which means that residents are taxed on their worldwide income. Although you may have been working overseas for some years, but your homeland is still South Africa, all foreign income must still be declared to the South African Revenue Service and the appropriate tax deducted. For non-residents, only receipts and accruals from a South African source are subject to normal tax in South Africa.Considering the above, it is likely that many foreign employees will not affected by the amendments to section 10(1)(o)(ii), since they are in any case not regarded as residents (for South African tax purposes).

A taxpayer will be considered a resident if one of the following tests is satisfied:

(2) the physical presence test and the person is not deemed to be solely a resident of another country for the purposes of any double taxation agreement.

A general misconception to not be considered a resident is, to emigrate financially from South Africa. FE is not a prerequisite to emigrate for tax purposes nor does it cause or warrant that a person will obtain non-resident status after FE.

FE is a formal application to the South African Reserve Bank to become a non-resident for exchange control purposes.

If a person has indeed emigrated financially, it can strengthen their case that they do not comply with the ordinarily residence test and therefore should be considered a non-resident.

FE will be discussed in more detail in a next article.

We invite you to contact our Tax Department should you have any further inquiries regarding your own resident status or if section 10(1)(o)(ii) does apply to you. We are also able to assist you with financial emigration. You can contact Jan-Louis Koen at 021 840 1600 / tax@asl.co.za.